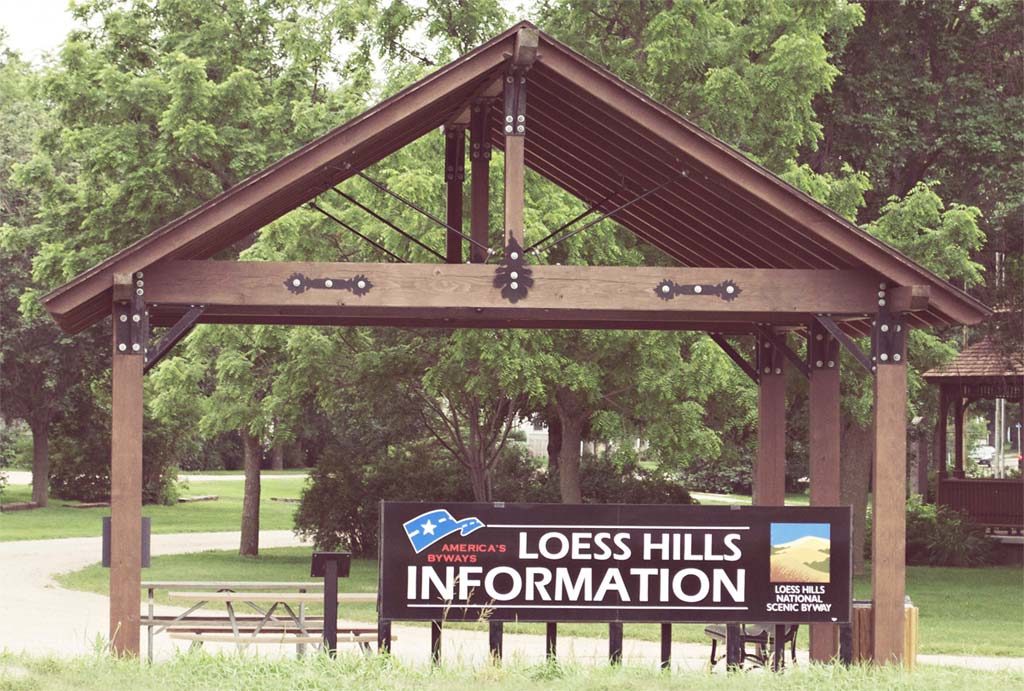 The Loess Hills Scenic Byway weaves through the rugged landscape of windblown silt deposits along the Missouri River Valley. This unique American treasure possesses natural features found only in one other place in the world: the Yellow River Valley of China. Accordingly, the landscape supports many rare plants and animals.

The community of Akron anchors the northern end of the Loess Hills National Scenic Byway which begins its southward journey on Iowa Hwy. 12. The hills gently rise out of flat fields and by the time one is just south of Westfield, the hills are higher and more sharply etched. A short distance down the road, the Byway lies on a narrow ledge of land between the base of the hills and the Big Sioux River which is the boundary between Iowa and South Dakota.

Check out the Loess Hills Information Center located at the Akron City Park.